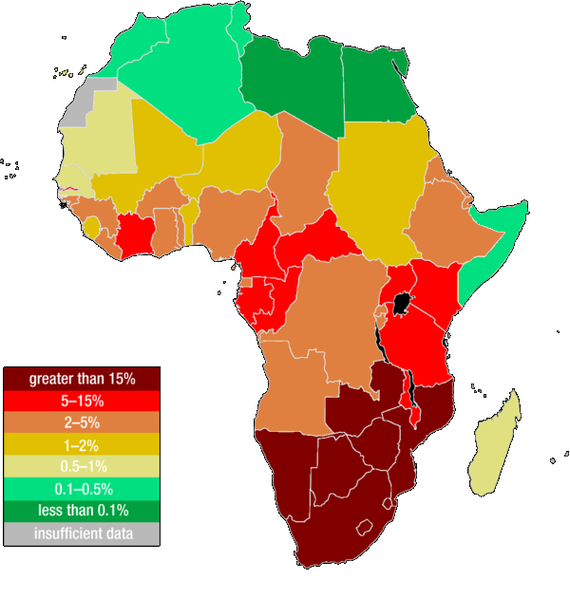 There’s so much to wrap my head around.  I had heard about the HIV/AIDS pandemic, I think we all have, but I’ll bet you didn’t know that nearly 850 people per day are dying in South Africa from HIV/AIDS.  In 2009, the last year that statistics are available, 310,000 South Africans died from AIDS related causes, primarily tuberculosis. (1) That’s more deaths every week than two World Trade Center terror attacks.  Every week. (2)

South Africa has an estimated 5.6 million people with HIV/AIDS (in 2009). (1) This is the most of any country, despite the fact that South Africa, with it’s population of around 50 million, is the 25th largest country in the world. (3)

(By contrast, the US is the third most populous nation, with about 312 million people (3), and we have somewhere around one million people with HIV/AIDS.) (4)

Further, there are an estimated 1.9 million children in South Africa who have lost one or both parents to HIV/AIDS.  Almost two million children.  Most of those children live with a relative, often a grandmother.  An estimated 88,000 children in South Africa live in child-headed households, where no one in the household is over 18. (6) That would simply not be allowed to happen here, but it’s an indication of how overwhelmed the system for providing for these children is.  Or that there is no system, I’m not sure.  Either way, it’s heartbreaking.

Each of these 1.9 million children has lost a parent, some have lost both.  They may be split from siblings as they go to live with relatives.  Some of them have HIV/AIDS themselves, transmitted from their mothers.  The effects of these traumas have on their development has got to be dramatic.  They are dealing with things that many of us, as adults, have a difficult time with, and yet they are children.

Hug a child today, or send love and light to them, and be grateful that, whatever our problems are here, they pale in significance to those faced by these children.  We are so very fortunate.

This is why we’re going to South Africa.  And I don’t mean to paint a solely grim picture–many good things are happening too.  People are helping, anti-retroviral drugs are being made available (not enough, but it’s getting better).  But the needs are there, and the needs are staggering.

And this is why, for the first time, I’m adding a “donate” button on this blog.  We are financing this trip with our retirement account, a move which is highly dumb when looked at from a rational point of view.  But we feel strongly that the Universe has given this for us to do, so we’re doing it, stepping out in faith.  We hope you’ll feel strongly enough about it to help.

I hate writing this, I hate to ask.  But it’s important.  Please help.

We are in gratitude, and in the flow.  You are, too.  Blessings.