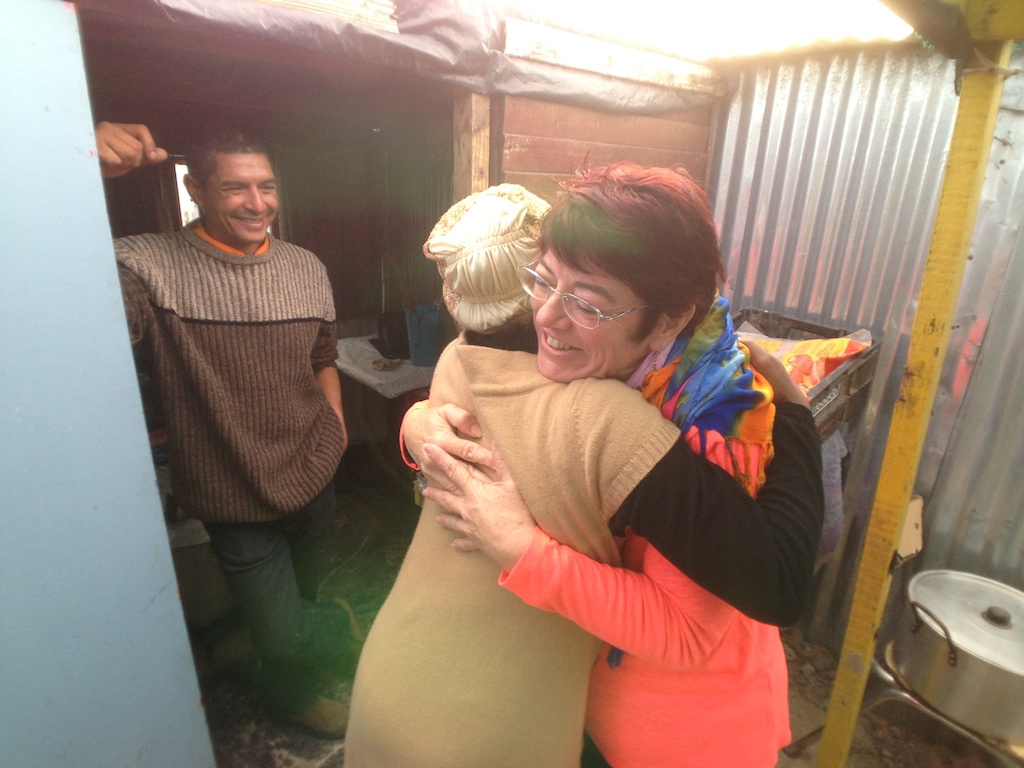 Giving Bern from Blikkiesdorp a big hug!  Seems so long since we’ve seen her and Ashley (he’s standing behind us in the doorway). 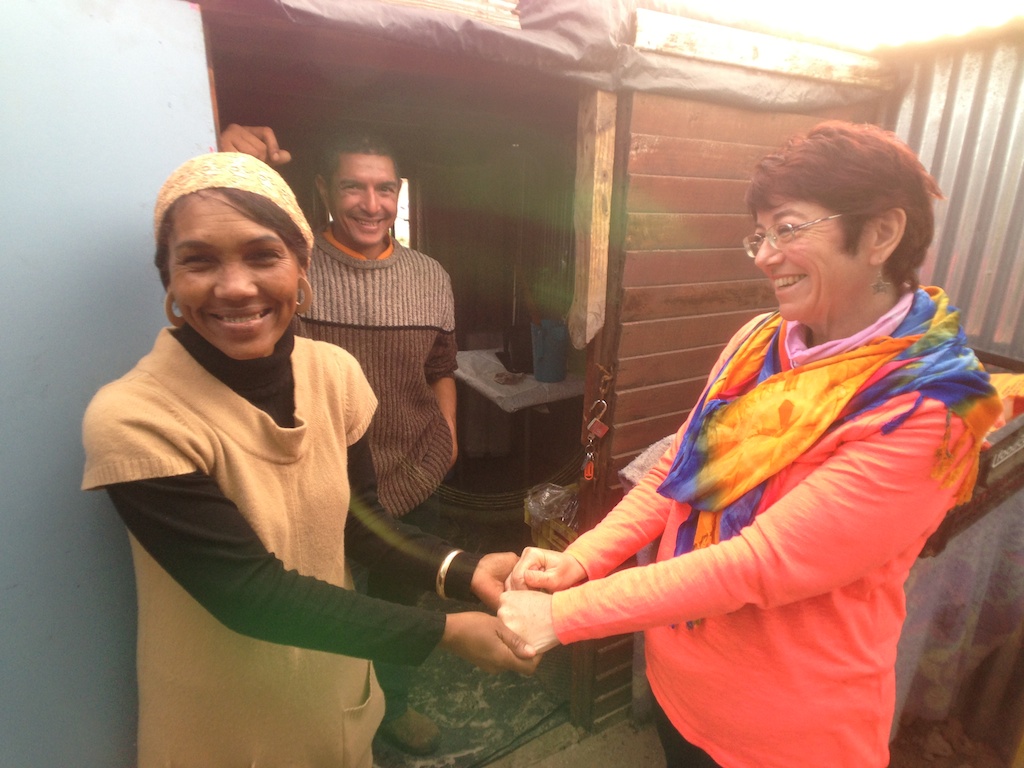 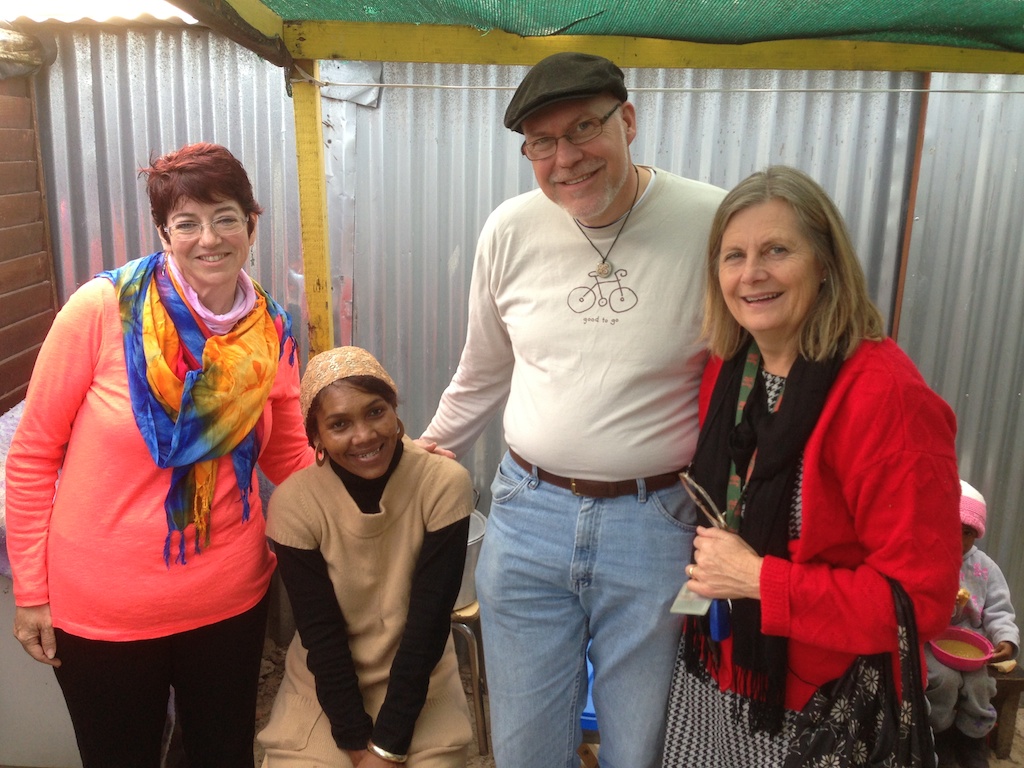 Me, Bern, Martin and Anne-Lise from Novalis. 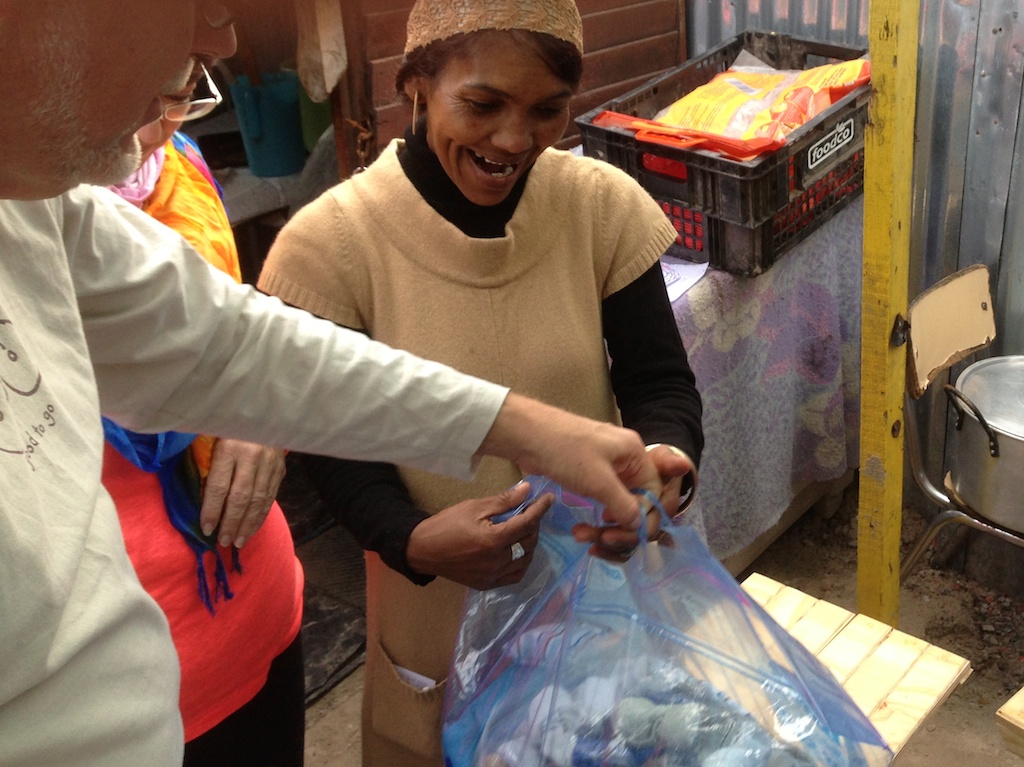 Thanks to a donation from Ellen Fannin and her daughter in Austin, we had two large plastic bags full of warm baby clothes for the babies of Blikkiesdorp.  Bern and Ashley will see that they get to the people who need them most. 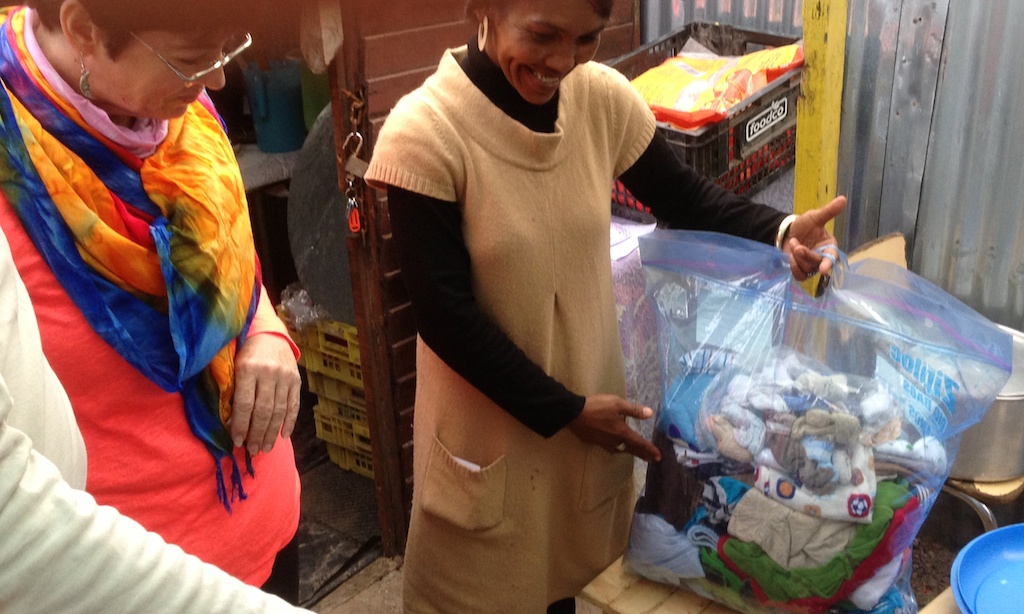 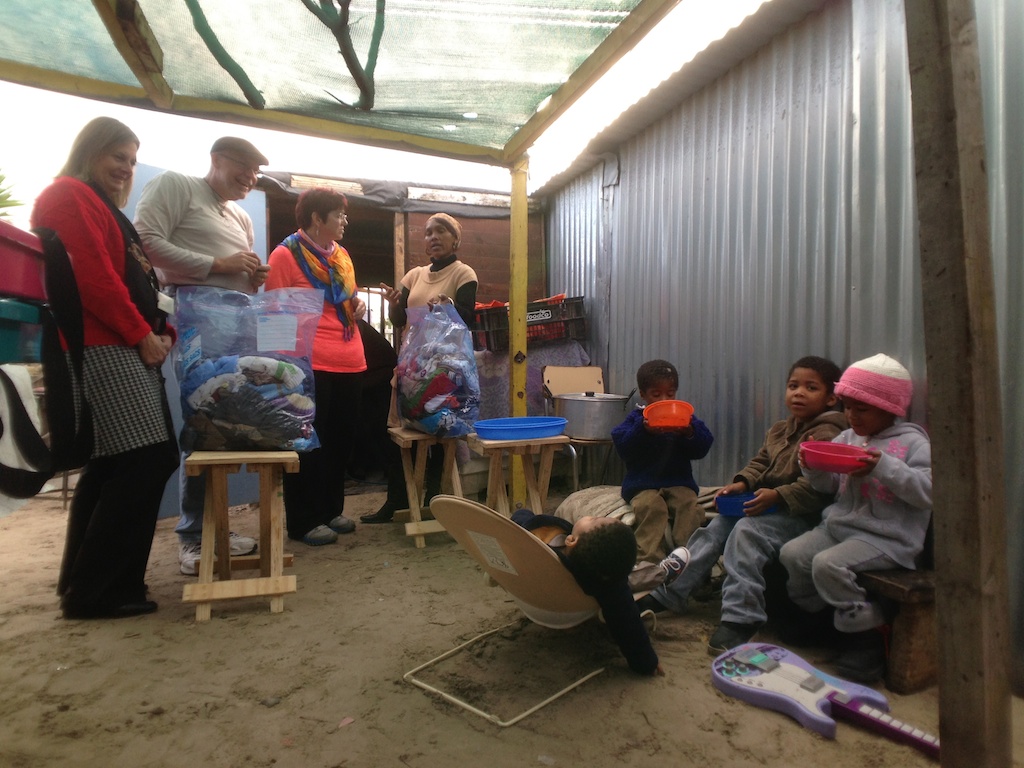 This shot includes the foster kids eating.  The young one in the baby seat is two years old and has fetal alcohol syndrome, so he is developmentally delayed.  When we saw him before, nine months ago, he was unable to hold up his head–and he was over a year old at the time.  He is making progress, he can stand now, and Bern and Ashley think he will walk, possibly soon. 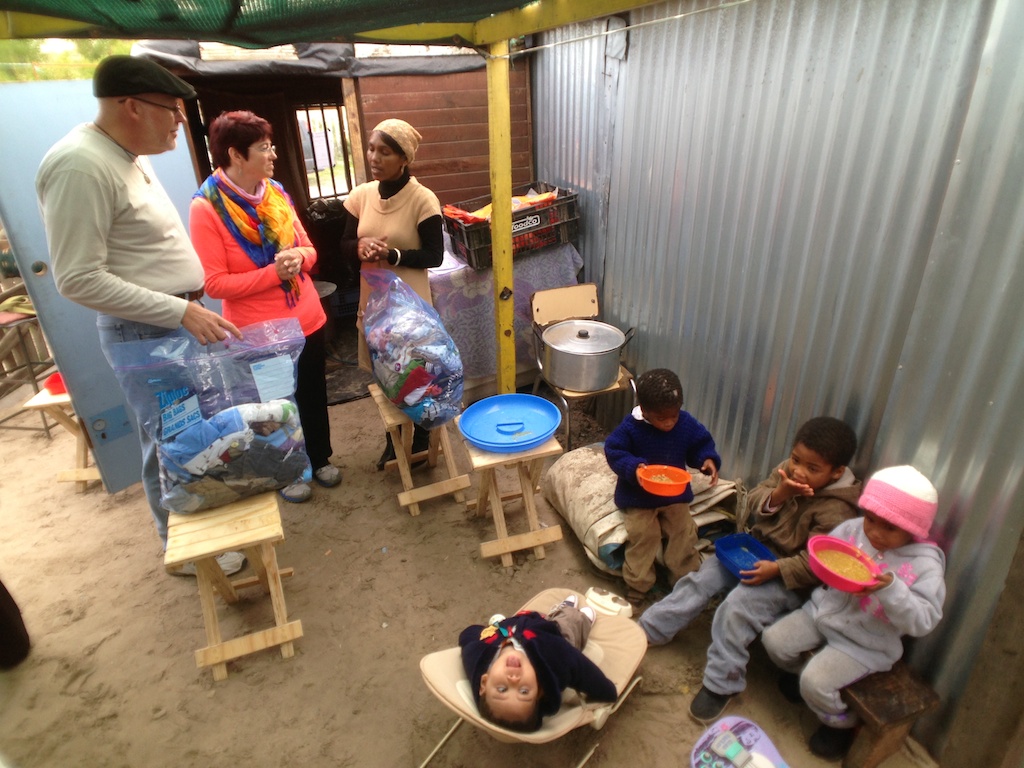 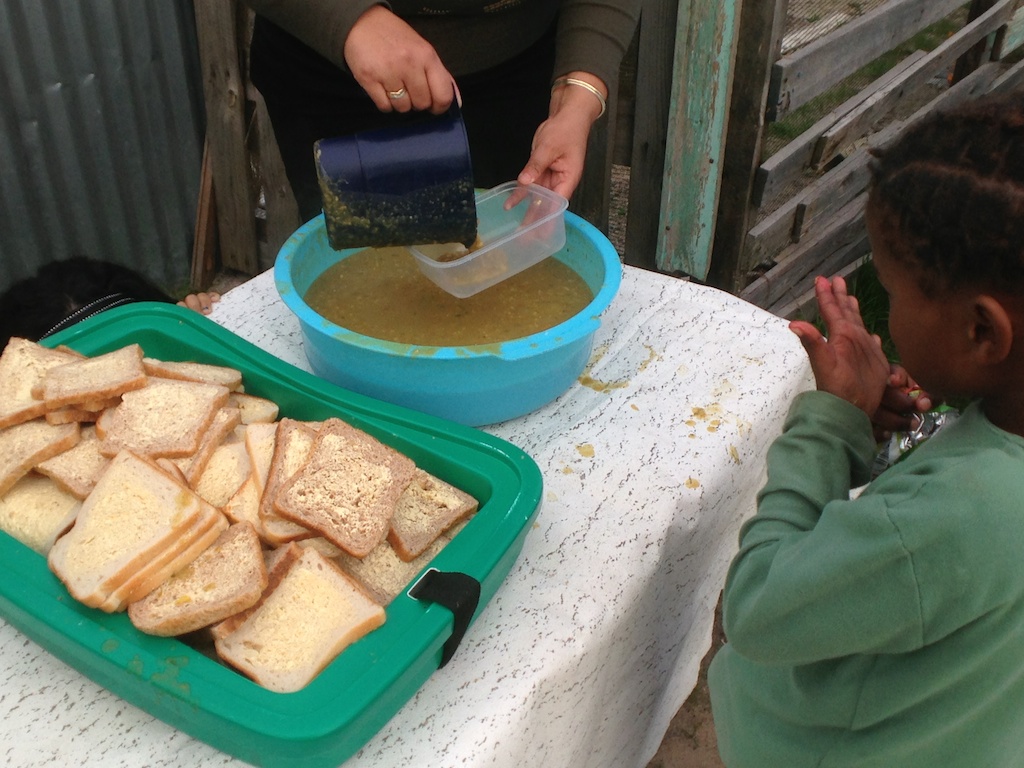 When we first met Ashley and Bern, about nine months ago, they were partnering with organizations to feed about 200 children a small amount of soup and some bread once a week.  They’ve been working hard, and have expanded their operation.  They now feed about 300 children, and are able to give larger servings to the children, and a little butter on the bread.  It’s good to see that things are going well and that they are making their corner of the world better. 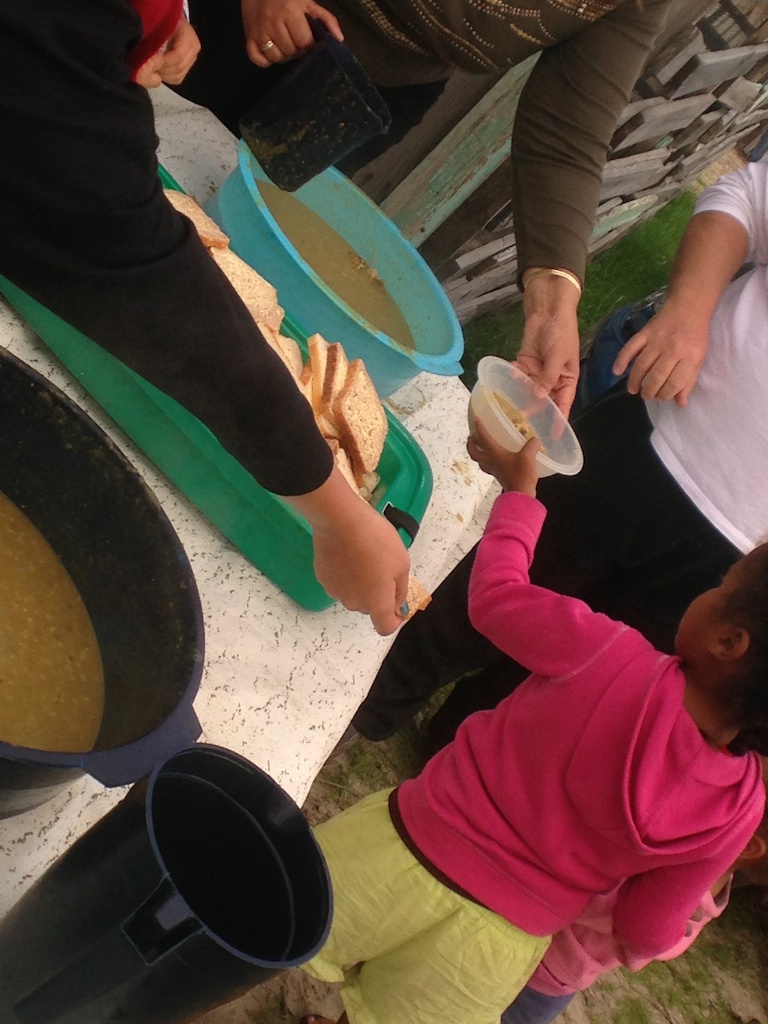 We’re so lucky that we get to be a witness and a small part of this kind of thing.  Bern and Ashley and so many other people are doing their bit to make the world a better place.  It feels so good to participate in these endeavors with them!