Camp was awesome, exhilarating, peaceful, fun, nerve-wracking, busy, cold, colder 🙂  In short, it was a full expression of the human spirit and cooperation between adults and teens, between American and African energies (with a little bit of Indian thrown in, thanks to Deepak Chopra).  It was great.

So on to some photos!

As always, we start off with some joy songs.  Looking for a baby shark.

A tootie tot!  Knees together! 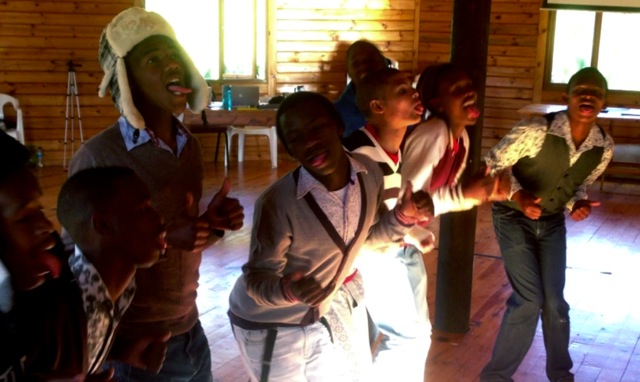 More tootie tot!  Pictures (and singing) with tongues out are so much fun and get everyone in the spirit of fun.  We did a ton of joy songs and even tried to put a different spin on one.  The song is called “Purple Soup” and we sing about adding purple tomatoes and purple potatoes, but in South Africa we sing about adding purple tamaties and purple artaples instead, since that’s how those vegetables are called in Afrikaans.

Large group, me talking.  I wound up doing a pretty big amount of the presenting (which is one reason for the “nerve-wracking” in the first paragraph of this post).  But it was good, and all worked out great. 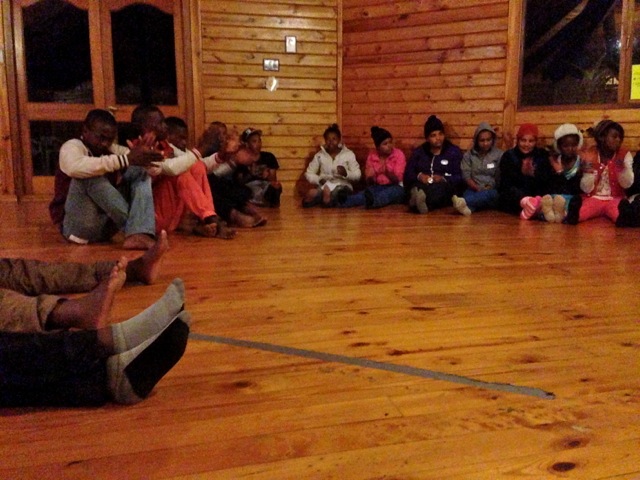 More large group.  Check out the bare feet!  The facility requests that we remove shoes in this space.  Martin and I were layered up like nobody’s business, and some of these teens were barefooted, perhaps by choice or perhaps by necessity. 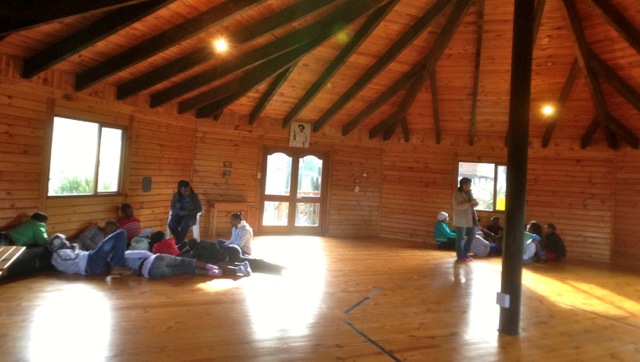 Family groups.  We had some pretty amazing family group leaders, who stepped up and led groups, presenting unfamiliar material in what is for most of them their third (or fourth!) language.  More reasons for the “nerve-wracking”, but they handled it well and we were proud of them.

Small groups make these experiences, like camp or a YOU rally, more powerful.  They allow for more intimacy, forming closer bonds.  They’re also, by design, intended to break up teens that would ordinarily stick together like glue, allowing them to get to know and appreciate new people.  Even though this is a small town, and I assumed that everyone knew everyone, teens shared with me that they met new people and formed new friendships, especially across ethnic or tribal lines. 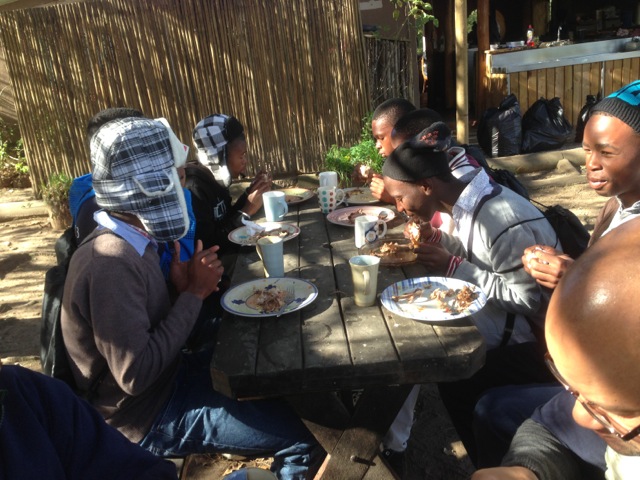 Good food is a must at camp!  We ate very well.  Lots of meat.  Some of these kids, the adults tell me, don’t always get enough at home, so one of the highlights of camp is the meals.  The cooking is done by a few of the adults from the Riviersonderend community, Wiena, Joan, Theolene and Pieter. 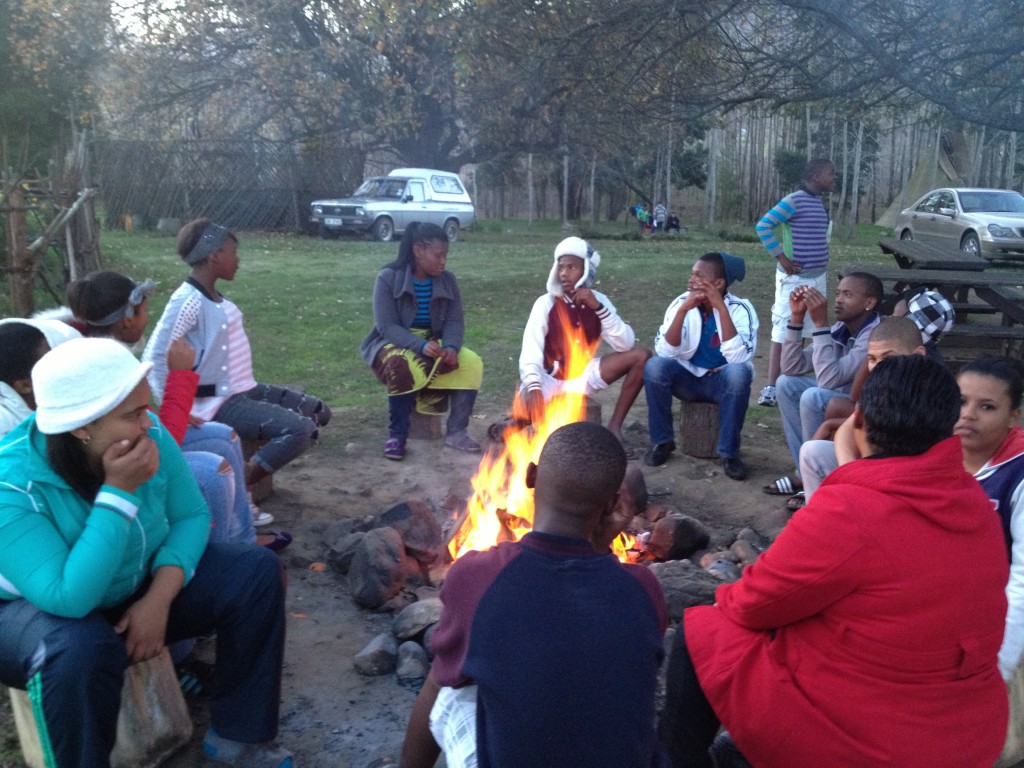 What would camp be without a campfire?  Warmth, companionship (and a whole bunch of the cooking for camp) are all to be found around the campfire.  And yes, we did s’mores again.  That was a big hit. 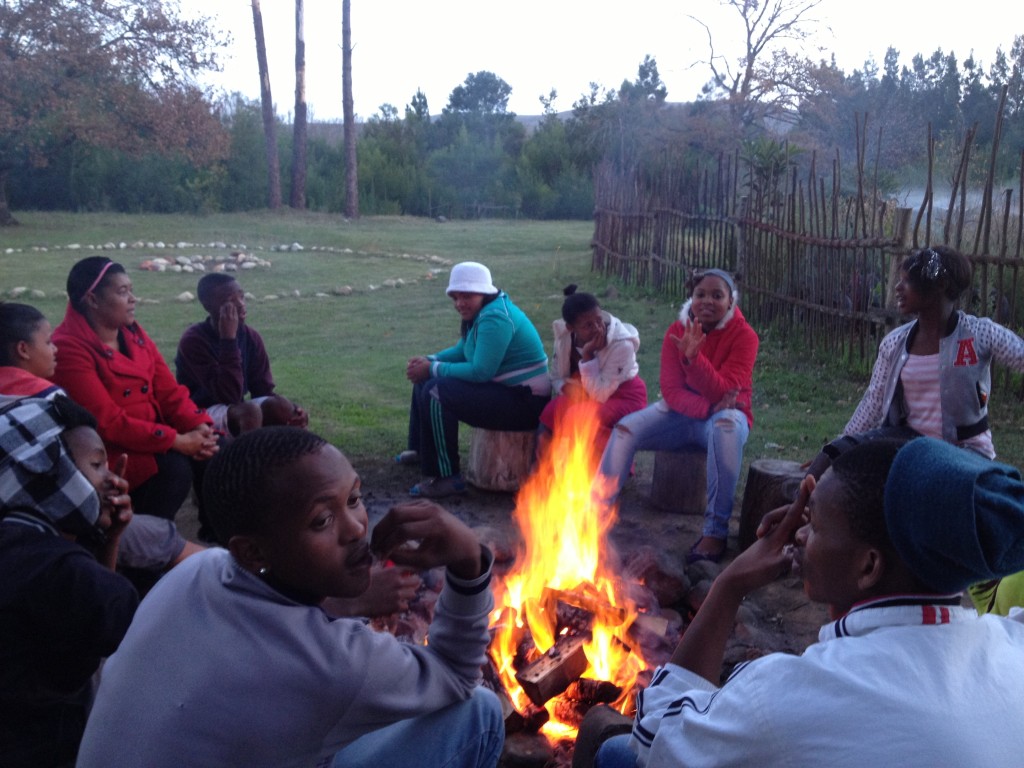 More to come in part II!